Video game addiction can kill. In some cases, at the very least.

On September 13, 2019, Casey Viner, a 19-year-old teen from North College-Hill, Ohio, was sentenced to 15 months in prison after his Call of Duty obsession led to a series of events that concluded with the shooting of Andrew Finch, a 28-year-old man in Kansas.

While playing Call of Duty online, Viner got in an argument over a $1.50 bet involving the video game with Shane Gaskill, a 19-year-old from Wichita, Kansas. In an act of rage, Viner connected with a 25-year-old man named Tyler Barriss to swat Gaskill. Swatting is an action where a prank call is made to emergency services to bring authorities (usually the SWAT team) to a specific address.

Barriss called authorities falsely notifying them of a shooting at Gaskill’s address. However, Gaskill was no longer located at the particular address, and so instead Finch (the current resident) opened the door only to b 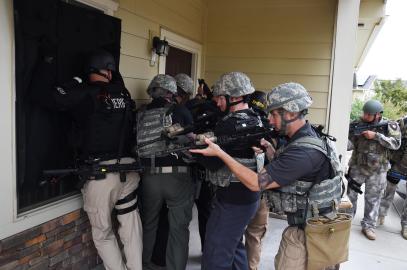 e shot down by the SWAT team.

In this case, Viner’s video game addiction quite literally led to the death of an innocent man, even if by accident.

What do you think of Video Game Addiction?

Many people may not fully comprehend the severity of video game addiction. Most behavioral addictions (such as gambling disorder and vide game addiction) tend to seem less severe than addictions caused by substances. They appear to be harmless, to begin with until it’s too late. After all, substance addiction has a greater negative stigma attached to it.

To see this, take the following example. If I were to ask you to whether cocaine addiction was more or less severe than video game addiction, I am almost certain that you would be inclined to argue the former is worse.

And to an extent, I would be compelled to agree—cocaine addiction has various physical effects on the body and organs that it can be considered lethal. This is because the drug alone is responsible for all of the harmful effects that follow after its use. In stark opposition, however, behavioral addictions seem to not have as drastic consequences. Unlike taking copious levels of cocaine or heroin, video game addiction will not cause organ failure (n most cases at least).

However, we should judge the severity of any addictive behavior (or any psychological phenomena) by comparing it as better or worse to other behaviors.

Video game addiction has become a serious threat to the way many people, both children, and adults, live their day to day lives. It not only affects them but also the people around them. We must put an end to video game addiction.

Esports are multiplayer video games that are played competitively. It may be hard to believe, but esports—the playing of video games competitively—have become increasingly accepted as a legitimate sport. In the same way that students can earn scholarships to play physical sports, like soccer, basketball, and so forth, numerous academic institutions are now beginning to give scholarships for esports.

Among many, the University of California Irvine and Miami University have begun offering scholarships for esports.

Video games, believe it or not, have become varsity sports.

According to a Newzoo report, the revenue for esports is projected to grow to as much as 1.5 billion USD by 2020. Accordingly, 300 million people are expected to have an interest in esports. This means that from 2017 (when the Newzoo report was published), the yearly growth of the esports economy is expected to be 41.3.

Esports is growing at an unparalleled rate. 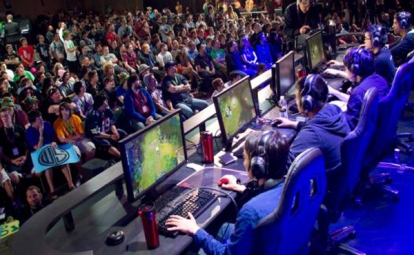 Video games, however, are designed to be addictive, in the medical sense of the term. Video game companies exploit natural human tendencies to maximize the emotional and time investment that players naively are unaware of to optimize their profits. The longer someone plays a video game, and the more they care about the video game, the more money these people earn.

To do this, video games take advantage of a psychological phenomenon called a compulsion loop. This term describes our innate goal-oriented mindset. By making progress in the video game, the makers subject the player into a cycle—greater progress leaves the player with a greater dopaminergic award. We are a creature of habit, so when we go through a series of tasks repeatedly, they become a natural instinct to us. Our mind goes into autopilot when we do them repetitively—the act becomes an unconscious behavior to us. In the same sense, when people undergo a compulsion loop (that is, they keep making progress and receiving dopamine or another form of reward), that behavior becomes unconscious, and the cycle continues.

Esports is nothing but an exploitation of people’s habit-forming tendencies to make profit. By making esports a legitimized varsity sport, academic institutions are encouraging video game addiction.

While not all video game players can or will be addicted, there is always still some likelihood. However, the outcomes of internet gaming disorder can be severe on both a person’s social and personal life, so we should be cautious.

The emergence of esports as a “sport” is encouraging our youth to fall into video game addiction.

No, not a drug addict. A video game addict.
While the former may seem more serious than the other, these two addictions should be considered equally troublesome.
Candy Crush is a free-to-play mobile game where players match three or more sets of colored candy on a gameboard.
By 2018, approximately 1.1 trillion rounds of Candy Crush had been played, the games had been downloaded 2.73 billion times, and 71,458 miles had been traveled while playing the games (1). Those are some startling statistics.
The franchise, which consists of three variants of the game (all with the same mechanics but different themes and skins) has secured its place in the top ten grossing apps—30% of the world’s top ten app users play candy crush. What is behind its success?
This game is addictive. The mobile game has been designed to keep its player’s hooked. The designers of the game have made use of a compulsion loop. A compulsion loop is a psychological tactic used by video game designers to ensnare players by establishing a habitual pattern. Compulsion loops can come in different shapes and sizes (literally)—they can be in the form of in-game loot boxes, achievements, etc. Ultimately, these compulsion loops condition the player’s mind to expect a neurochemical reward for the progress they make in the game (i.e. achievements in the video game make them happy).
How does this apply to Candy Crush? And quite frankly, why should you care? 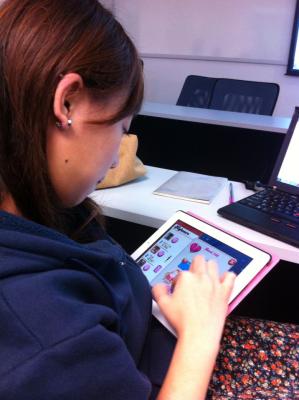 Many people that are addicted to Candy Crush exhibit many of the characteristics that are associated with internet gaming disorder (IGD). Among many, these include being constantly preoccupied with a video game, negative emotions when away from game, and a struggle limiting the amount of playtime.
In January 2018, it was reported by Mirror.co.uk that a woman named Natasha Woolsey lost her boyfriend, her job, and thousands of pounds by playing over eighteen hours of Candy Crush per day (2). Quite clearly, Natasha’s video game habits negatively impacted her social relationships (it was even noted that occasionally she would forget to pick up her son while playing the game. She also knew that her addiction to the game was impacting her social and professional life negatively, yet she was incapable of putting the game down. This is a clear indication of IGD—the player has no control over their video game habits.
From my own experiences, I recall having a gym teacher in the seventh grade who constantly played Candy Crush during class. She would often assign us to play a game (such as dodgeball) and then play candy crush on her IPad while the rest of the class participated in the activity. While it is hard to determine whether she suffering from video game addiction, her playing the game was interfering with her interaction and supervision of the rest of her class.
Video game addiction is a serious matter, and video game designers like the makers of Candy Crush use psychological tactics to profit off of our habit-forming tendencies. It is crucial that we stay vigilant to such tactics and keep a preventative mindset to video game addiction.
(1) https://www.dailymail.co.uk/femail/article-5518933/Candy-Crush-Saga-statistics-total-games-played-highest-score.html
(2) https://www.mirror.co.uk/news/real-life-stories/mum-who-played-candy-crush-11845749

Video games can be addicting. And not in a good way. Seriously.

Video game addiction can alternatively be referred to by the scientific community as internet gaming disorder (IGD). As of May 2019, the World Health Organization (WHO) released the eleventh edition of its International Statistical Classification of Diseases (ICD-11). ICD-11 is considered as a diagnostic tool for the purposes of providing a classification system for diseases. In this eleventh edition, the WHO recognized IGD as a legitimate medical condition.

Video game addiction seems to be emerging as a bitter-sweet reality.

But how can we know who is addicted to video games? How can we distinguish those who play video games in a healthy, recreational way from those who have an impaired ability to control their habits?

In the fifth edition of the Diagnostic and Statistical Manual of Mental Disorders (DSM-5), the American Psychiatric Association (APA) proposed nine criteria to diagnose IGD. That is, if you can say yes to five of the nine criteria, and if this persists for over twelve-months, then you have video game disorder.

So do you struggle with IGD? Let’s find out by answering the following nine questions:

1. Do you find yourself constantly preoccupied with the thought of playing or have played video games?

2. Do you feel irritable, sad, or anxious when video games are taken away?

3. Do you find yourself having to play an increasingly greater amount of video games each time?

4. Do you struggle to limit the amount of time that you play?

5. Do you spend less time pursuing hobbies that you once loved?

6. Do you continue playing video games despite knowing that it negatively impacts your social life?

7. Have you lied to someone close to you about the amount of time you spent playing video games?

8. Do you play video games as a way to escape feelings of anxiety, sadness, helplessness, etc.?

9. Have you lost a relationship, job, or educational/career opportunity due to the amount that you play video games?

If you have answered yes to five or more of the above questions, then you or your loved one may be struggling with Internet Gaming Disorder.